Subscribe to our blog and never miss a tip or update! 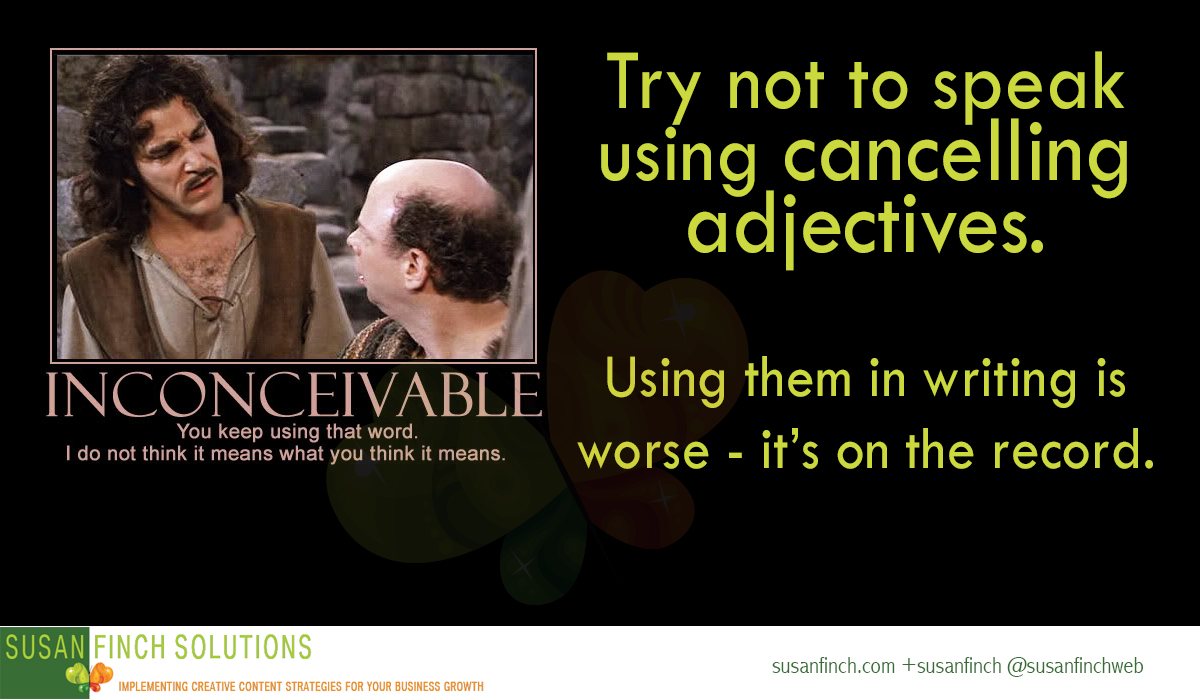 When speaking or sending correspondence, writing copy for articles, the web, ads – run it by someone else, please. We all look for the grammatical and spelling errors, but how about the credibility errors? It takes one phrase to make the rest of our message become white noise or disappear with a click. Recently, we …

I thought this 5 minute video on the history of typography by Ben Barrett-Forrest may help you as you wade through the thousands of fonts available. As you design your logo and marketing message, the fonts/typefaces you choose will say a lot about your company before they read any further. Choose with care and by running it by your potential target audience.

Before I go any further, Comic Sans has NO place in business correspondence, marketing materials and the rest. Just stop.

Fonts not only affects your branding, but your communication with others. Let’s start at the top:

Assuming you have a great designer and not a “$99 Logo special” designer, let them do their job and create the lettering for your company name and tag line that reflect your mission statement and appeal to your target audience and future clients.

This needs to be legible at many sizes and resolutions. If you do any type of banner advertising, keep it clean. If it is very small – can you actually read it or do you need to lose the tagline for small ads and stay with your memorable logo?

RESPONSIVE sites – that means many devices can still display your site so it is clear, easy to navigate and not frustrating. But did your fonts go along for the resizing ride? Can they be rendered clearly? Before you commit to a font run a test page on ALL devices and ALL browsers to see how they render. Do this from DIFFERENT computers as some people may not have some fonts installed. This is the time to decide on HOSTED fonts for your site, STANDARD or GOOGLE hosted fonts.  See a previous post on Webfont Smackdowns

Just because you can, doesn’t mean you should. Resist the temptation to create a chaotic signature in your emails that is filled with colored and multi-sized fonts. Pull your act together and settle down. Also, only include no more than three links in your signature. Create a catch all connect page on your site or use your about.me profile. Too many links in an email can toss your thoughtful communication into the spam folder.

As for the body of the email, go with the basics. Arial is there for a reason – it’s EASY to read on all devices. 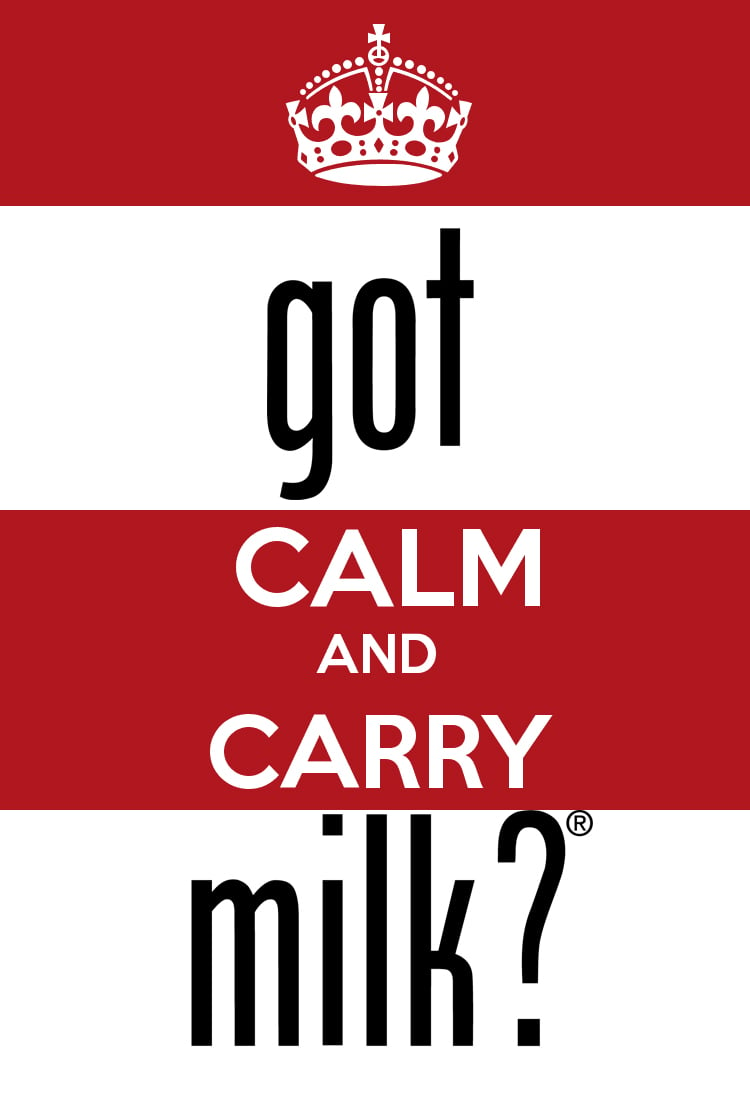 Driving to dinner I actually saw a sandwich board sign that said, “got acne?” MAKE IT STOP! got milk is a registered trademark with their font. It was a successful, albeit beat-to-death, campaign that worked for DAIRY FARMERS. got acne? got fat? got leads? got sales? got gum? got diarrhea? You get it. Then, they … 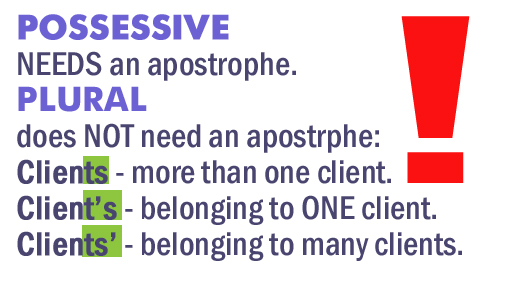 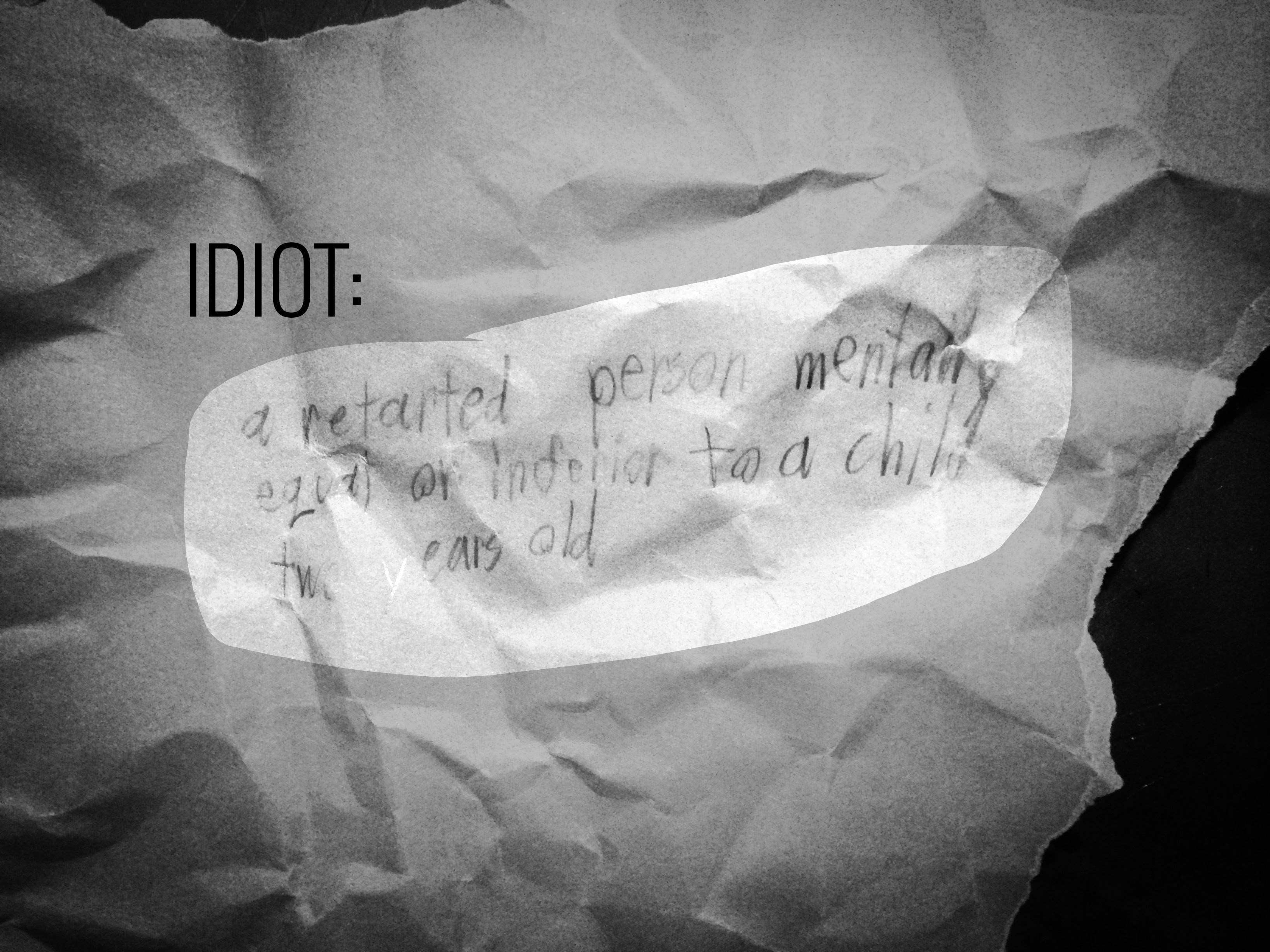 Words are flung, overused, misused every day. In our house it is especially true with our 9-year-old who has a few favorites because he doesn’t like how something is NOT going his way. Idiot and stupid are the two that come to mind. Asking him repeatedly to NOT use the words, explaining that he is … 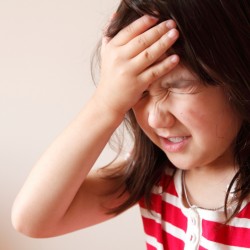 My heart goes out to a specific mother who ranted quite eloquently about a wrong done to her son in public school over the issue of a beverage with no alcohol content that was deemed, “illegal” at the school. The passionate post repeatedly mentioned the “principle” of the school. Perhaps it’s my training, but I … 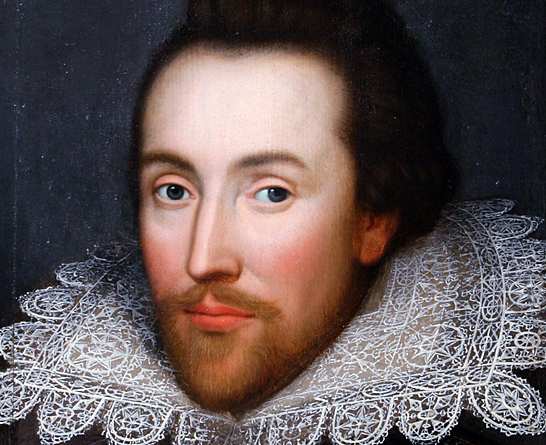 Mary Jean Giotta was my English and literature teacher in middle school and high school. She exposed us to Shakespeare and helped to instill a love and appreciation for his works. I’m known for my obsolete, dated and funky phrases. My poor children have adopted many of them. I thought you would enjoy seeing the … 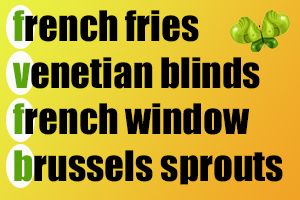 [infobox]My friends at ProofreadNOW.com hit a weakness of mine, I over capitalize places. Here’s a refresher if you do it too much or don’t capitalize enough.[/infobox] Capitalize names of specific political divisions and subdivisions and the names of geographical regions and features; in most cases, also capitalize adjectives derived from such names. The names of … 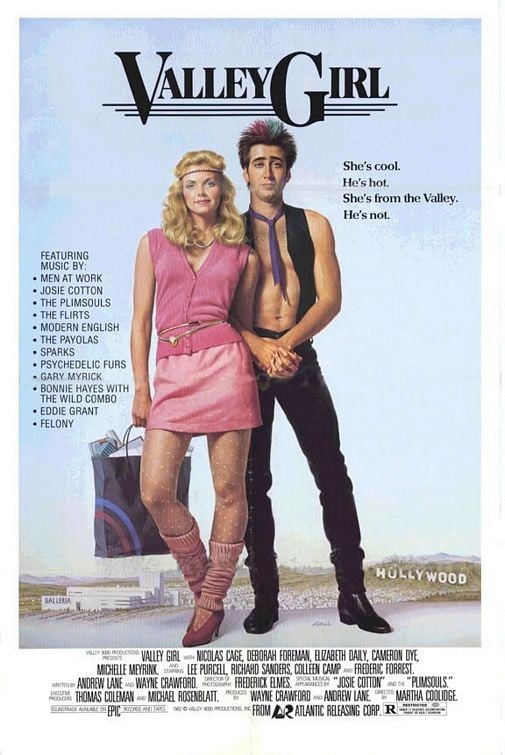 This phrase is overused, misused and trite.  It is the current reinging sports cliché. I find it in everyday conversation wtih people who use it as a way to dismiss their behavior, avoid changing their behavior, and closing the topic of responsibility.  It's defiant in a passive-aggressive way.   Found a blog post that further … 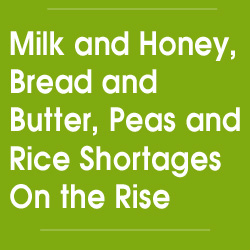 Thank you, ProofreadNOW.com for this. I was just wrestling with this for a client who is always having me post content from many sources. Many of the sources don't have a clue about punctuation or caplitalization.  You came to the rescue. Read on. Perhaps this will help you with your headline capitalization questions. Consistency is … 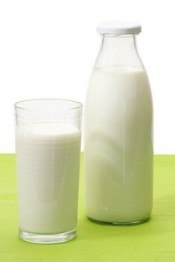 As I was creating posts for a client and gathering property information, it was glaring how many Realtors find it necessary to abbreviate the silliest things. Did you know they abbreviate the word "wood" with "wd.?" That's ONE character they have saved because they used the period. Same with "ba." for "bath."  What about "rms." …

As we learn to write copy for ads, headlines for press releases, or enticing subject lines for promotional emails, many of us must resist the urge to go “back to Seuss.” Children run through the alphabet looking to make “clever” rhymes for poetry, composition titles, and utterances to gain entertainment points when in a group. We need to move beyond the obvious.

Is it any wonder that haikus and other rhythmic poetry is coming into mainstream as a way to get your marketing message out?  We hum tunes, we remember jingles, we recall things better if music or RHYTHM is associated with them.  We're also more apt to share and pass along something clever.

Several clients of mine rely on my approach to a unique message.  One in particular loves the limericks we come up with about his products and current topics. They are the most shared posts on his blog.  Another client relies on humorous every day types of stories to tie to their products – true blog posts with a product punch at the end.  Another prefers recipes – that is his passion.

People don't pass around dry facts and figures, especially when you are B2C.  You have to make them laugh, cry, remember you and relate to you and your story. THEN, they'll be ready to listen to your message about your product or service.

B2B folks, you will still have to talk facts and figures, but sometimes you may be able to sprinkle in a bit of humor or lightness.

Here is a sample from a client's blog covering incontinence:

Leaky Lucy likes a fiesta.
Before each one, she takes a siesta.
She stays up late for Cinco De Mayo,
She calls her sister, Deb, in Ohio.
And tells her Mom liked Lucy besta!

That Lucy!  Such a tease.  She better be careful.  One margarita goes straight to her head!  But she will be wearing her Adult Disposable Briefs from Pacific Medical Supply.  That way, she can party all night with out worry.  Nothing like a little leaky tinkle to ruin the fun.

Thank you to ProofreadNOW.com for this.  3D is my favorite.

Today, May 5, in Mexican restaurants around the world, people will be chugging icy margaritas by the pitcherful, celebrating "Cinco de Mayo" and, if they're not from Mexico, probably having not the slightest idea what the holiday (or Cinco de Mayo, for that matter) means. But you, faithful GrammarTip reader, will be all the wiser, and as you gulp your margaritas, tip your sombrero for the brave souls who gave their all to defeat the French cavalry in Puebla on May 5, 1862.

Try your hand at these words with Spanish etymology now common to the English language:

1. chipotle: (a) prepared or served with a generous amount of usually coarsely ground black pepper; (b) a thick sauce of meat and chilies; (c) a smoked and usually dried jalapeno pepper; (d) a sweet pepper used for making paprika.

2. mariachi: (a) a xylophone of southern Africa and Central America with resonators beneath each bar; (b) a rattle usually made from a gourd that is used as a percussion instrument; (c) things that impede; (d) a Mexican street band.

3. rebozo: (a) a slight offense; (b) a long scarf worn chiefly by Mexican women; (c) any of various beans used in Mexican-style cooking; (d) Spanish for "Play it again, Bozo."

4. rhumb: (a) a person or ship engaged in bringing prohibited liquor ashore or across a border; (b) the application of friction with pressure; (c) a line or course on a single bearing; (d) an alcoholic beverage distilled from a fermented cane product.

6. stevedore: (a) a person who likes, knows about, and appreciates a usually fervently pursued interest or activity; (b) one who works at or is responsible for loading and unloading ships in port; (c) a horseman in a bullfight who jabs the bull with a lance to weaken its neck and shoulder muscles; (d) a case or enclosure (as for storing cigars) in which the air is kept properly humidified.

7. luminaria: (a) Mexican movie stars; (b) a colorful woolen shawl worn over the shoulders especially by Mexican men; (c) a usually glazed printed cotton fabric; (d) a traditional Mexican Christmas lantern originally consisting of a candle set in sand inside a paper bag.

8. brocade: (a) a restrictive measure designed to obstruct the commerce and communications of an unfriendly nation; (b) a spit for roasting meat; (c) having ample extent from side to side or between limits; (d) a fabric characterized by raised designs.

9. bolero: (a) a long heavy single-edged knife of Philippine origin used to cut vegetation and as a weapon; (b) a loose waist-length jacket open at the front; (c) a cord fastened around the neck with an ornamental clasp and worn as a necktie; (d) a usually small grocery store in an urban neighborhood.

10. fandango: (a) the voice part next to the lowest in a 4-part chorus; (b) feeling of spiritual exaltation; (c) a lively Spanish or Spanish-American dance in triple time that is usually performed by a man and a woman to the accompaniment of guitar and castanets; (d) an instance of merrymaking, feasting, or masquerading. 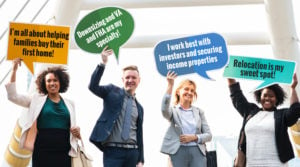 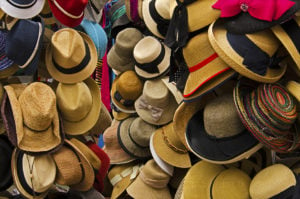